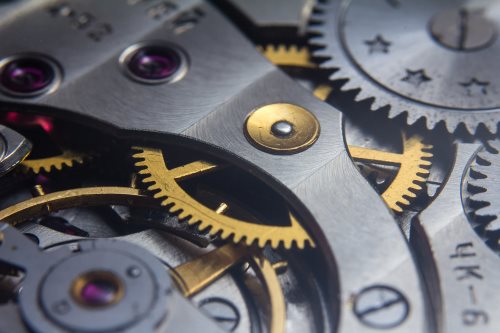 Bulova and Rolex are two brands that have been at the top of the watch world for ages, but they both belong in completely different markets.

Rolex is considered one of the most luxurious watch brands that one can get, and most of their timepieces are considered heirloom watches that are supposed to be passed down for generations.

Bulova, on the other hand, is a brand for the everyday person (see the best Bulova watches here).

Their watches are stylish, functional, and economic, which is what has made them one of the most popular brands to date.

However, while the price tags on Bulova’s watches are much smaller than Rolex’s, you’ll be surprised at how they hold up when compared to a Rolex.

We compare these two different, yet great watch brands in this Bulova vs Rolex matchup.

Both of these brands have been around for over a century, so it goes without saying that they both have very rich histories, in this section, we’ll go through a brief history of both brands.

A Brief History Of Rolex

See some notable Rolex watches on the market right now

Rolex is arguably the most recognizable watch brand out there.

However, their beginnings were a bit more humble.

The company was founded in London in 1905, under a completely different name: Wilsdorf and Davis.

The company began as a simple manufacturer specialized in watch components and movements.

The watches that used the movements developed by the company were usually marked with W&D on the case-back.

After that, the rest was history.

The high-quality watches produced by Rolex were highly sought after from people all over the world and has since become known as one of the premiere heirloom watch brands available.

See some notable Bulova watches on the market right now

Bulova began as a small jewelry shop in New York in 1875.

It was founded under a different name back then as it was known as the J Bulova Company, after the founder Joseph Bulova.

Soon after, the company began producing its own clocks and pocket watches, which soon grew in popularity.

Because of that, Joseph Bulova put up a dedicated plant for the manufacturing of the components needed for the watches and clocks in 1912, in Biel, Switzerland.

It didn’t take long for the company to release its first line of men’s watches in 1919, but they really broke ground when they released a line of all ladies’ watches, something that wasn’t too common at the time.

Throughout the decades Bulova did nothing but grow into the incredibly recognizable brand we know today.

The Strengths and Weaknesses Of Each Brand

Just like all brands, both Bulova and Rolex have their pros and cons, we take a quick look at them in this section.

By far Rolex’s reputation is their biggest strength.

While Patek Philippe seems to have overtaken Rolex in recent years, the brand still remains in the upper echelon of the watch world.

No matter where you go, there will be people who will recognize it if you’re wearing a Rolex.

It’s been featured in songs, movies, radio, and television so much throughout the years that the brand is almost synonymous with luxury and class.

However, since they have such a strong reputation, Rolex’s tend to be very expensive, which is one of their weaknesses.

A lot of luxury watch brands use mechanical movements, as they are seen as more prestigious, however, these movements aren’t the most accurate ones out there.

And paying north of $1000 dollars for a watch that loses a couple of minutes a day may not be that attractive to a lot of people.

But there are still so many more reasons to get a Rolex, from their signature designs to the general feeling of wearing a Rolex on your wrist (Rolex owners will swear that it feels different).

Generally, Bulova’s biggest strength is its ability to experiment with designs.

Some of the designs from Bulova are almost unseen from other brands.

This passion for experimentation has led Bulova to create so many influential watches over the years.

It was this passion that brought about the world’s first fully electronic watch, the Accutron which was developed by Bulova in the 1960s.

That being said, experimentation can also be the brand’s downfall.

There are times where Bulova simply misses the mark with their designs, which has led some people to brush off Bulova as a goofy brand.

These weird timepieces still have their market though, as people have unique opinions and tastes, but the general watch community has definitely looked down on a couple of Bulova’s timepieces.

In this section, we take a look at how some of the premiere Bulova timepieces hold up against certain Rolex pieces.

The Bulova Super Seville is one of Bulova’s premier timepieces.

According to enthusiasts worldwide, this watch is the one affordable watch that comes close to the Rolex Datejust.

Getting your hands on a Super Seville may actually be pretty difficult as it is a pretty rare timepiece.

It features a gold-toned case, with a gold-colored dial.

This can be paired with either a leather strap or a stainless steel one, either way, the watch looks stunningly classy.

On top of that, it has a Swiss-made automatic movement that doesn’t need to get rewound from time to time.

This is why it can be compared to the Datejust, an incredibly iconic Rolex model.

The Datejust has Rolex’s signature oyster case, which is known for its incredible water-resistance.

Along with the oyster case is an incredible variety of designs from Rolex, featuring their classy and luxurious look that everyone associates the brand with.

The Datejust name comes from the perpetual calendar on the watch, which doesn’t need to be adjusted.

The watch runs on a mechanical movement, which is expected from Rolex, so be ready for a sweeping seconds hand, and a little loss of time throughout the day.

Getting the Datejust would mean planning a solid investment, but seeing as this watch is of the highest-quality, it might be a price certain enthusiasts will be willing to pay.

However, getting the Super Seville would be a great find since they are pretty hard to get by, so if you’re willing to put in the effort and sacrifice a bit of the luxury that comes with a Rolex, then the Bulova might be for you.

For this comparison, we compare Bulova’s Precisionist line against Rolex watches, in general, to see how it holds up.

The Precisionist collection is a fairly new and recent one from Bulova, only being released recently.

The line takes inspiration from the Accutron model of Bulova’s past.

The Accutron broke the horology world by being incredibly accurate and fully electronic, a milestone that paved the way for quartz watches.

The Precisionist built on that idea even further.

Precisionist models use a three-pronged tuning fork to keep time, which results in timekeeping that’s unmatched by any quartz model out there.

The designs in the Precisionist are varied, but since this is one of Bulova’s most premium collections, the designs remain classy, while keeping Bulova’s signature flair for experimentation.

Any Precisionist model will be much more accurate than a standard Rolex since most Rolex’s are made with mechanical movements, which simply can’t keep time the same way quartz models do.

However, the brand recognition and signature style of Rolex pieces should be enough reason to choose it over the Precisionist.

It really depends on priorities.

Those who need very accurate time readings might lean more towards the Precisionist, but it’s pretty hard to beat the gravity that a Rolex brings with it.

If there are any two models from each brand that can be compared, it would be these two.

The Marine Star is arguably the best dive watch in the sub-$500 categories, while the Submariner is one of the most iconic timepieces one can get their hands on.

There isn’t exactly a clear-cut better watch between these two, as it all depends on what angle you see it from.

If it’s from a pure horological standpoint, Rolex takes the cake.

They’ve been at the top of the watch world for close to a century, and this watch was one of the reasons why.

However, from a practical standpoint, Bulova might actually take the cake.

You lose a bit of prestige if you choose the Marine Star over the Submariner, but everything else works just from fine, from the actual movement, all the way all the other complications.

Are Bulova Watches Better than Rolex?

As you can probably guess from reading this article, Rolex will be the better brand for some, while Bulova will be the go-to choice for others.

This is all because everyone has different priorities when it comes to a watch.

Some people want great designs but don’t want to attract too much attention, and a Bulova watch will help you do that.

However, there are also a couple of irresistible qualities that Rolex has, and if you can afford one, then the decision is sometimes a no-brainer.

Whatever watch you choose, though, as long as it’s something you’re comfortable and content with, then there’s no reason to wish for anything more.

Invicta may be a good alternate brand to check out if you are interested in great watches.